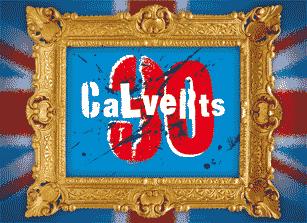 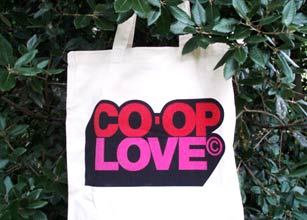 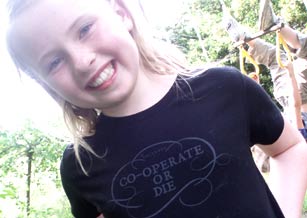 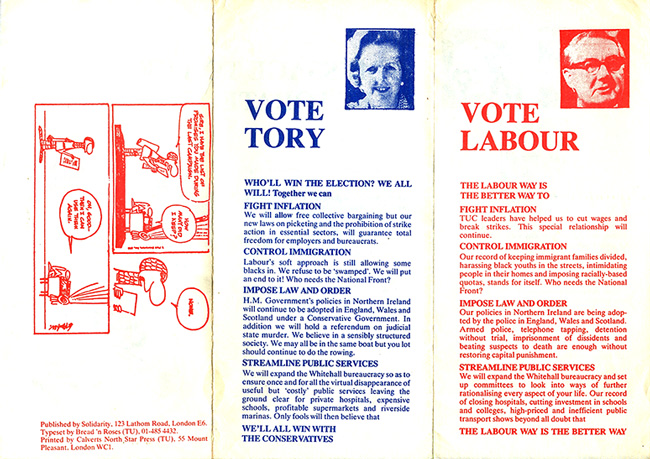 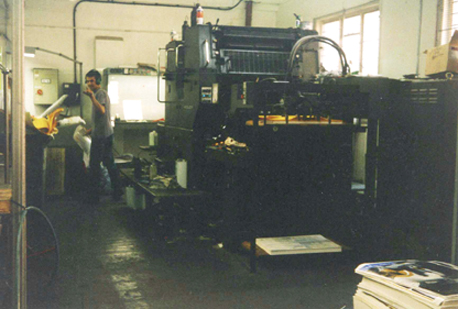 Calverts North Star Press - now trading simply as Calverts - was founded in November 1977, when seven printers, designers and typesetters took over the premises and equipment of their former employer IRAT Services (the print and publishing arm of the Arts Lab), after a bitter dispute. Calverts is one of the very few radical design and print companies of the 1970s still working under its original principles. It is a common ownership worker co-operative, incorporated as an Industrial and Provident Society. Calverts currently has 16 members, and a turnover of around £1.4m

The co-operative was named 'Calverts' in honour of Giles and Elizabeth Calvert, radical London printers and publishers during the English revolution, who disseminated many leveller, ranter, digger and other inflammatory and visionary texts. The North Star is the pub in Finchley Road where the co-op held its founding meeting.

I joined Calverts in 1983 at the age of 25, after working for a couple of years for the radical printshop Little A (before that, I learned the trade working for several small printing companies including Heron Press and Swiftprint in Clerkenwell, and Withyham in Ewell, Surrey.) I originally came in as casual printing cover for a friend who had gone for three months to Mauritius, to help a sugar workers union set up and commission a press to print their newspaper. When he returned, I stayed on. I worked mainly as a printer and guillotine operator, but I also made plates and film, and worked on the Linotronic photosetting machine. At that time there was still quite a lot of job rotation.

I'll leave others to give you the lowdown on the early years; there are lots of fantastic stories about locking out the bailiffs, wrong footing the bad boss, getting union cards, earning little or no money for the first six months, and so on. Memories are unreliable - but here are some of mine, of Calverts in the period 1983-1989. I think there were about 9 members when I joined. The co-op had started with a bare minimum of desktop printing equipment and IBM golfball typesetting. They had later acquired a Hamada Star SRA3 offset press, then a Heidelberg KORM, and just before I started they had borrowed £18,000 from Close Asset Finance and bought their first SRA2 press, a single colour Heidelberg SORK. Another great leap forward was the acquisition of a Linotronic 300 phototypesetting machine. When I started, the co-op had just been through a fairly thorough marketing review and business planning process, which they finally decided not to implement when a majority of members got cold feet (I think it involved buying a two-unit B1 perfecting press and specialising in single-colour book and magazine printing. What a bad move that would have been).

As well as straightforward commercial, charity and local authority design and print, we worked for a wide range of community, campaigning and political groups like Child Poverty Action (still a Calverts client) and the Socialist Party of Great Britain (SPGB) - as well as a number of left-nationalist, anti racist, womens movement, gay liberation and environmentalist organisations, and a raft of 'samizdat' publishers, activists and riffraff. The co-op members were a mixture of anarchists, ultraleftists and radical feminists (the co-op was always about 50:50 men and women, still is), with the odd south african stalinist and apolitical people who came into Calverts from the trade, like film planner/platemaker Jim Woodley (Calverts was a 100% NGA union closed shop, so jobs were advertised through the union call office).

I started at Calverts in 1987 when I was 23 and worked there til about 1991/2. (I came back a few years later as non collective member to do cleaning and 'evening planning' when I was studying for something else.) I worked as a pre press person which in those days involved operating a process camera - making negs of pasted up artworks and half tones of photographs, film planning and plate making. Jobs that are now done by scanner, photoshop and computer to plate. I'd picked up what I knew at other print co-ops in London but Calverts work was higher quality than the other places i'd worked at. Calverts was considered a serious press and they didn't do job rotation. The above mentioned Jim Woodley who i worked with the whole time I was there taught me quite a bit. Calverts at that time was over two floors in a building in Redchurch Street, Shoreditch. Opposite 'fat rons' - the cafe where most of us ate lunch every day. During the time I was there the membership got up to about 25 people including two production co-ordinators (one a Trotskyist - a minority of one at calverts and the other an anarcho-syndicalist… both into organising I guess which has got to be good for that job role). This turned out to be more wages than the co-op could sustain and there was a grim period of evaluating the financial situation and making some difficult decisions. As I remember we begged/persuaded one the founder members, Nicola, to come back and help. I'd heard about the job, not through the union, but a friend of mine Lyser who got a job as a printer at Calverts after working at Women in Print which had folded (in the final year its decline I'd helped out making doing the pre press - which didn't save it). Calverts made the transition from phototypesetting to apple mac while I was there - the first job I remember us doing on them (with distorted type - much excitement!) was a magazine called Emergency.

I joined the Calverts collective in 1997 as a camera operator and plate-maker, moving on to digital pre-press. By this date Calverts was located just on the ground floor of Redchurch St, having wriggled out of excess staffing and upstairs-downstairs dichotomy, and now running very smoothly with strong political commitment. This commitment was never sectarian.

Redchurch Street is next to the very first Council Estate built in London (correct me if I’m wrong anybody).

All were on equal pay – the cleaner got the same hourly rate (she and the driver were not, however, part of the collective) – and members of the print union, the NGA as it was at that time. There was division of labour: office staff (coordinator, finance etc), design and typesetting, pre-press, printers. The printers were on a 3-day 12-hour shift system; printers also did most of the paper-cutting, trimming and finishing but we all helped out when needed. Four-colour process printing was done as well as black and white and spot colour.

The move to digital pre-press took place in stages. Design was already fully computerised. Then computer to film happened, still involving light boxes and print-down frames, but no longer the darkroom and process camera (peaceful happy days to look back on; and I still eat loads of carrots). Then, big moment! – computer to plate. The imposition software was a bit clunky but it meant a huge change to our work skills and daily practice. Paul was the wizz kid who investigated digital developments, researched equipment, and trained us.

There was a weekly meeting all members of the collective attended, at which decisions were made; so we all knew what was going on; if there were problems we’d be the ones to solve them; and proposed changes – such as new equipment – were brought to the meeting by the members and decided on by the members. There was also one more expansive meeting per year at which a finance report was given and long-term discussion and decisions took place. Such as, shall we have a pay rise? Answer…

It was so efficient; people who do not have experience of cooperative working sometimes find this hard to believe. No layers of management being paid wages but not productive – in fact, causing unnecessary costs by making changes every five minutes in order to justify their existence. Changes made half in ignorance and therefore often counter-productive. No surplus vaue being creamed off to shareholders and “owners”. And minimal alienation because we were in control of our workplace. This needs some qualification: members’ class positions, for example, might have an impact on how well we “did” meetings, how articulate we were. However, there was not at Calverts or any of the other cooperative presses where I worked any of those insidious Hidden Agendas, Informal Elites or Decisions Made In Secret that have been known to happen in supposedly non-hierarchical organisations.

All the publications were of a progressive nature, brought to Calverts by a range of campaigning groups and political organisations and individual writers, NGOs and charities, and progressive arts and cultural organisations. Sarah Grimes (Worked at Calverts 1997-2001)